A free peer support service linking struggling New Zealanders with call takers who have similar experiences has been especially popular with middle-aged men. 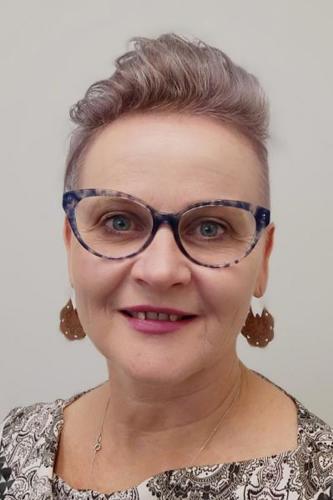 The Peer Support phone service launched a year ago and runs alongside the popular 1737 text and phone counselling service.

But rather than speaking to a clinical psychologist, callers are linked through to a peer who has an understanding of mental distress or adversity.

The Peer Support line has been a life-saver for Dave, a 65-year-old from the Lower North Island.

"I suffer from chronic depression and anxiety and some days are harder than others. If I wake up and am in a bad way, I give the peer support line a call," Dave said.

"They help me move through that feeling of hopelessness. Without fail, they make my day a lot better."

Dave said lockdown had been particularly tough because he was living alone in a mobile home.

An injury meant he could not work so felt the financial strain of living on a benefit.

"If the weather is bad I can't get outside and do the things I would normally do and everything is harder for people with limited funds," he said.

"I've tried counselling and that, but the peer support worker's conversational tone gives me a different feeling.

"I feel that they understand me better because they've been through what I have. To have that friendliness from them, that's a huge thing."

An independent evaluation of 1737's Peer Support service found that it plays a significant role in helping those experiencing mental distress – particularly for people aged 45 and over.

Dave said he is not surprised.

"For us slightly older people we want to talk on the phone - not text. It's those connections with real people that are important, especially during lockdown."

Magdel Hammond, National Manager of Mind and Body which works in partnership with 1737 to deliver the peer support service, said peer support was a great option for people wanting a less clinical approach.

"When people call 1737 peer support, they're going to have a conversation with someone who 'gets it' because they've' walked in that person's shoes. There's an instinctive connection," Hammond said.

A large number of the calls to the Peer Support service were from men aged 45 and over.

"For many people - middle-aged and older men in particular - there is unfortunately still a stigma attached to speaking to a counsellor," she said.

"Men struggle with sitting across that table from someone having a conversation so the telephone call makes it less threatening."

Hammond said both the peer support worker and the caller were equals - something she said builds trust.

"There is a reduced sense of stigma or feeling judged and it can reduce the 'scariness' of sharing," she said.

Peer support call takers were trained and came from diverse backgrounds including people who had experienced homelessness and had mental health struggles in the past.

If they needed to callers could specify if they wanted to speak to a male or female.

Hammond said call takers were well supported and were able to refer callers on for additional help if required.

"Talking to someone who has 'been there' – is another way of making sure we have care available for everyone, for issues that may be causing them concern," he said.

"The high proportion of people over 45 years of age choosing 1737 Peer Support as their preferred option could indicate that this is a demographic group currently under-served by existing services."

On average people used the service 3.7 times and waited 9-21 minutes to speak to a peer.

People can access the service by calling or texting 1737.